It's a new year which can mean only one thing.. We have all decided we just have to go on some sort of healthy eating regime in hope of shedding those extra December pounds - I am the first to admit that I have been really rather naughty and need to get back on track! A long term healthy go to for my household has been Ryvita.. Be it the plain ones back in the day or now the plethora of tasty flavours of which Salt & Vinegar Mini's are of course my favourite! These Fruit Crunch Apple & Cinnamon however are new to me - I don't know if they are actually new or not but I've certainly never seen them before despite being a regular buyer of the Currant, Seed & Oat version! 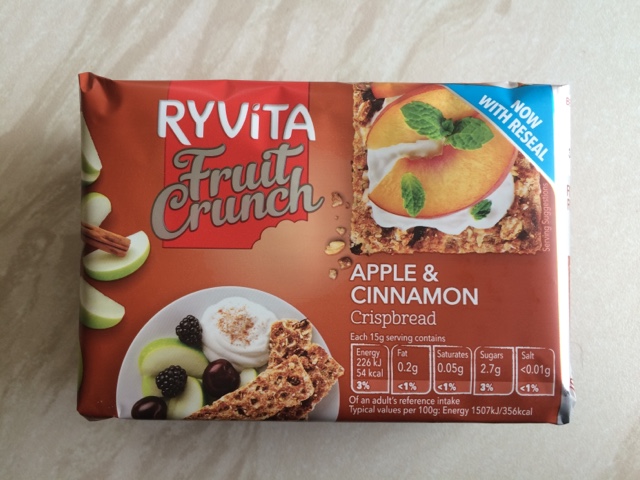 I picked up the 200g, resealable foil packet in Tesco for £1- They are usually £1.59 each but rarely aren't on some sort of offer. 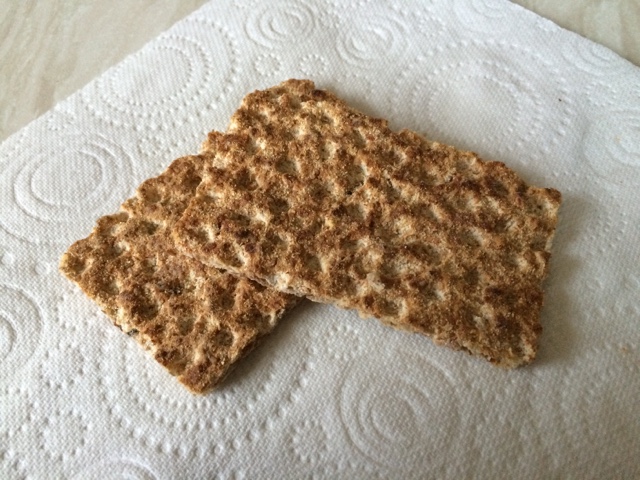 Tearing open the packet, I was greeted by a familiar smell - Ryvita but with a Hot Cross Bun twist! Having a munch, it was a little bit of a struggle to get my head around the fact that these were sweet and not savoury.. They were far sweeter than the Currant, Seed & Oat ones I am use to eating, anyways! The signature flavour of Ryvita was still very much apparent but not as in your face thanks to being balanced by subtle tones of cinnamon with a pop of further fruity sweetness from the chewy dried apple which ran throughout. I couldn't really distinguish the currants listed in the ingredients but felt like nothing was missing regardless. Very moreish and very yummy!

What a cracking first review of the year! These Ryvita Fruit Crunch are spiffing and a great alternative to all the bad things we could all very well, still be eating right now! On the packet it suggests serving the Crispbread with Cream Cheese and Peaches but to me, they are perfect as is.. Or maybe smothered in Nutella. Healthy thoughts, Folks, healthy thoughts! It's a 4 out of 5 from me!