These marshmallows were a happy accident! I was searching for new chocolate bars in the confectionery aisle of Sainsbury's and spotted them on the top shelf, just above the boxes of gifting sweets. Mallow and Marsh were not a brand I had heard of previously and given one of the flavours was coconut along with the comical slogan "Not Many Things Improve With Fire".. I was pretty much sold! 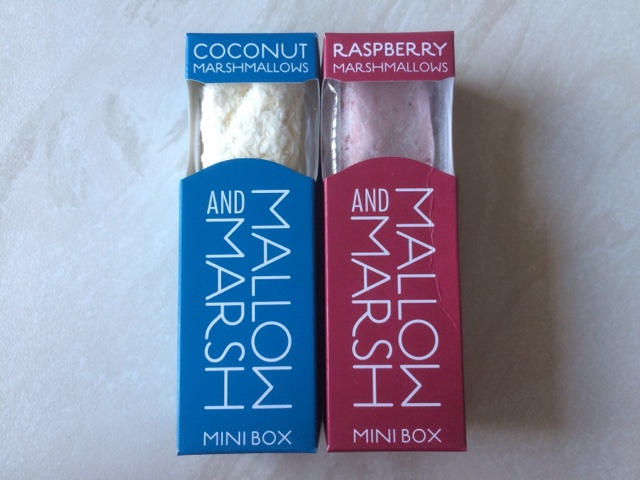 The Mini Boxes cost £2 each - Very expensive considering they only contain 3 mallows although both flavours pride themselves on being 100% natural which does make them feel a tad more luxurious. 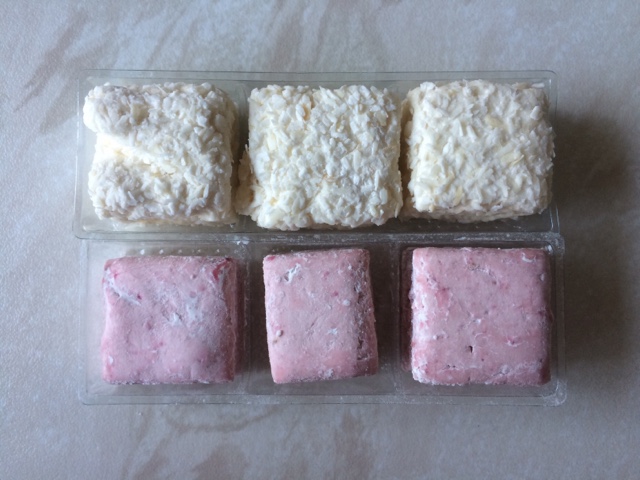 As you can see, the size of the mallow cubes are anything but consistent - I feel sorry for the person who draws the short straw and gets the middle, Raspberry one! 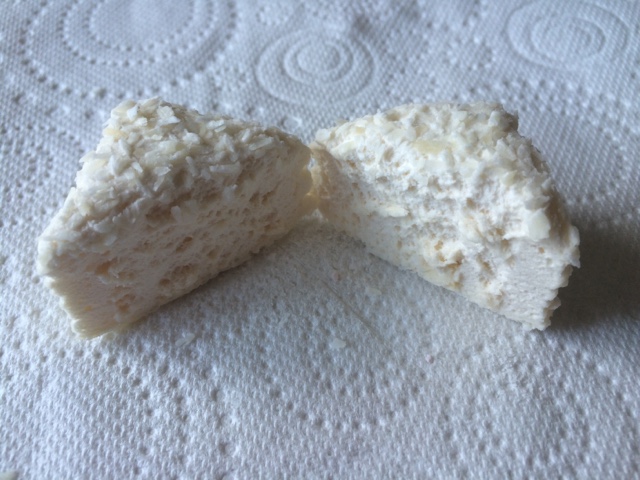 I reluctantly cut my marshmallow in two - I didn't want to ruin its perfect shape but I am so glad I did as inside revealed aerated, fluffy layer upon layer! It was super soft and squidgy with a chew in the mouth that I didn't want to end. The flavour was spot on from the desiccated coconut which went perfectly with the dreamy, mallowy and vanilla tones. I can't find fault, these are sheer perfection - Its a 5 out of 5 from me! 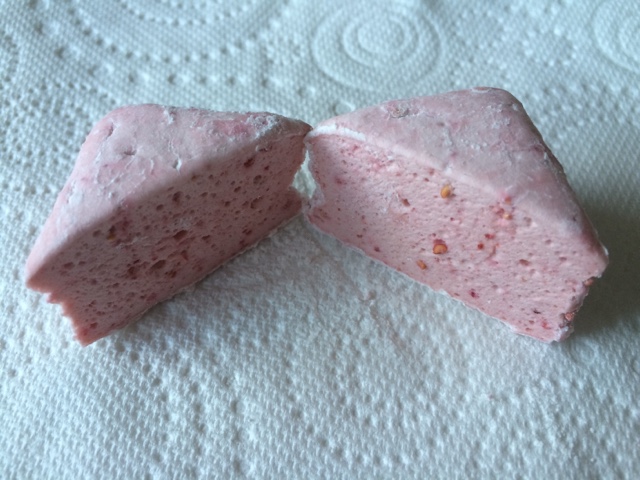 Once again, upon cutting the baby pink mallow, the gorgeously spongy layers were revealed along with actual raspberry pips! These gave the mallow a very genuine, fruity flavour that wasn't artificial in the slightest. The pips were also a nice contrast to all the softness but thankfully weren't "bitty" and didn't get stuck in the teeth! Extra sweetness came from the light dusting of icing sugar that coated the outside which was as lovely as the rest of it! Its a 4.5 out of 5.

Overall, I have fallen hard for Mallow and Marsh - The texture and flavours are sublime! I have been perusing their website and there is a Cappuccino variety that I need to get my hands on.. A gooey coffee marshmallow that melts in my mouth, sounds like the best thing of life! One thing to note is that they do all contain beef gelatine so thats something to bear in mind if such things like don't float your boat..

Not many things improve with fire - A serious message to all Arsonists. Leave the pyrotechnics at home Kids.. Eat Marshmallows instead!