Oh look.. Who this? I am back with another review! Who would have thought it? ..Not me, that's for sure.. Anyway.. Waffles!

Sweet or savoury, there is no two ways about it, Waffles are pretty darn amazing and should be eaten in vast quantities be it for Breakfast, Dinner, Pudding or just because. My enthusiasm reached sky high when Instagram informed me that trusty old Birds Eye were bringing out a NEW version of everyone's childhood favourite - The Sweet Potato Waffle! Giddy, I was - GIDDY! 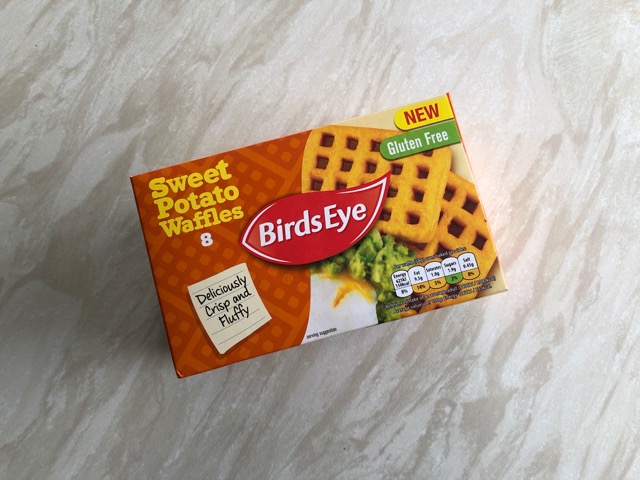 MSW is to thank for finding these! It was when in Morrisons that she stumbled across this orange hued box of 8, priced at £2. She was so pleased with herself for finally locating them that she proceeded to sing down the phone "DO YOU LIKE WAFFLES? YES, YOU LIKE WAFFLES!". Some would call her mad.. I would call her bang on - I do like Waffles!*. 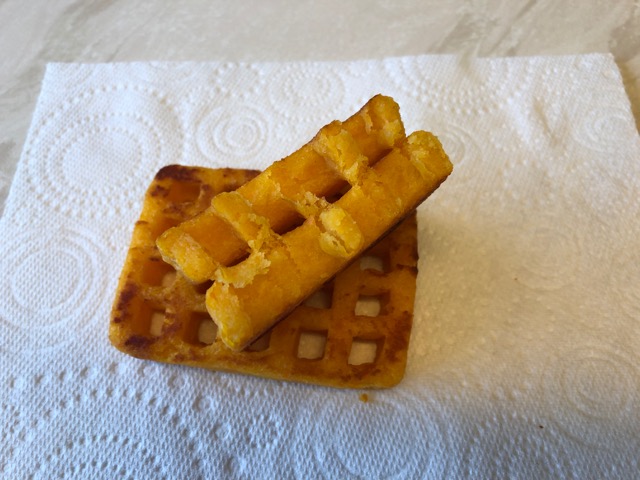 Ahh aren't they cute!? I don't know whether I'm alone in this or if their shape really does just endear them to being loved universally but there is something wholesomely adorable about those little Waffle windows.. And tasty too, I might add! Soft and fluffy on the inside with the signature crispier outer, the contrasting textures were as lovely as ever. Flavour wise, I prayed that they wouldn't be as peppery as I find the Mcain Sweet Potato Smilies** and thankfully, they weren't! Subtly flavoured whilst still delivering that familiar "Bird's Eye" taste, I was initially a little disappointed by the lack of actual Sweet Potato flavour.. But found, the more I munched, the better they got and before I knew it, I'd consumed 4!

Overall, these Sweet Potato Waffles aren't a bad edition to the Birds Eye range. It is a shame they are lacking in their namesake flavour.. But, they are still enjoyable, and make a nice change to the usual Potato Potato variety. Give them a go, it's a 4 out of 5 from me.

*And pancakes and french toast too.
**I realise to most that these have no spice but I am a wuss. 4 year olds can handle more than I.