They say the best way to spread Christmas cheer is singing loud for all to hear. Usually I would concur.. But other sorts of spreads work too. Festive Fast Food ones from McDonald's for example - It's time, as promised, for The FFF! 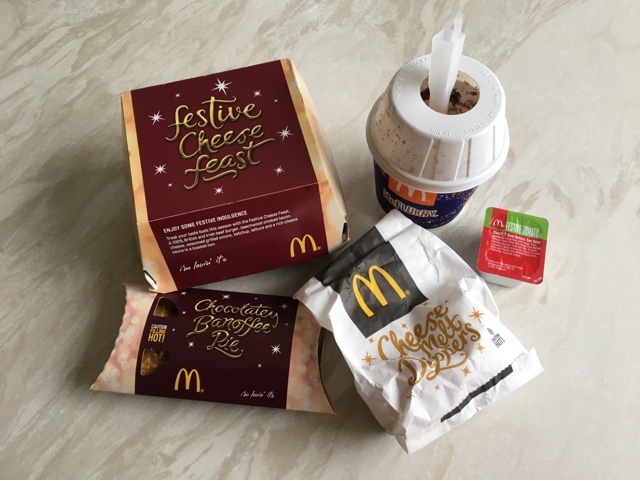 And what a selection the chain has put out for Christmas 2016 - There's the NEW Festive Cheese Feast Burger and Cheese Melt Dippers on the savoury side and a Terry's Chocolate Orange McFlurry and Chocolatey Banoffee Pie for those who want something a bit sweeter. Naturally, I wanted it all so got it all. 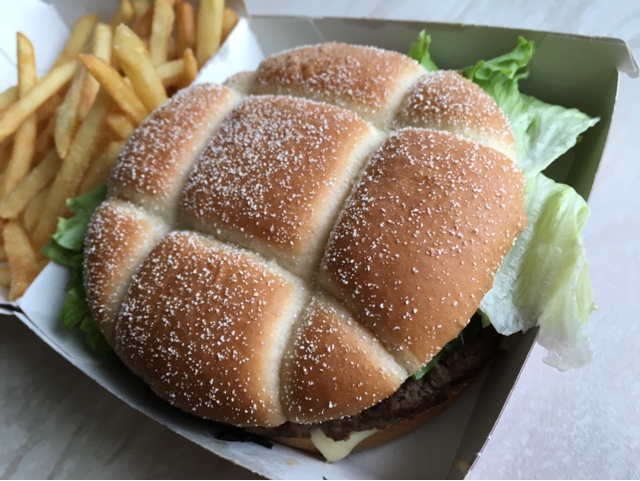 A 100% British and Irish beef burger with cheese, Beechwood smoked bacon, a cheese sauce, seasoned grilled onions, tomato ketchup and lettuce, all in a toasted bun.

The McDonald's elves must have been in good spirits the day I purchased my burger for £4.49 as it looked like it had been put together with love.. And by someone who really likes lettuce - I've never seen so much of the green stuff on one thing, ever. 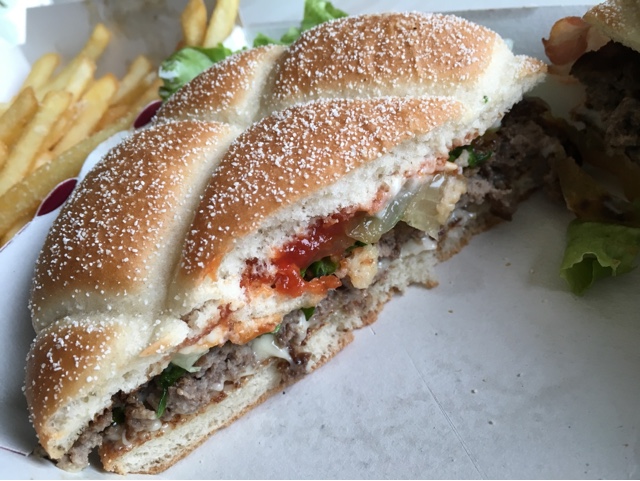 I am not sure this picture really reflects the reality of the size of the Burger but believe you, me, it was massive! Starting with the bun itself, it was wonderful - Soft, fresh and plenty robust enough for the plethora of fillings. Munching my way through, the first flavour to come across was beef from the ridiculously moist and juicy patty. As expected, this went well with the double hit of creamy cheese which was relatively mellow and not likely to offend anyone. The onions were cooked to perfection and of just the right quantity with an injection of smokiness as well as a bit of a salty edge from the porky bacon rashers. Finishing things off nicely was a squirt of ketchup which I didn't think added much taste wise but did enhance the squidgy factor even further, and of course, an entire lettuce making for a fresh crunch. A 4.5 out of 5 from me! 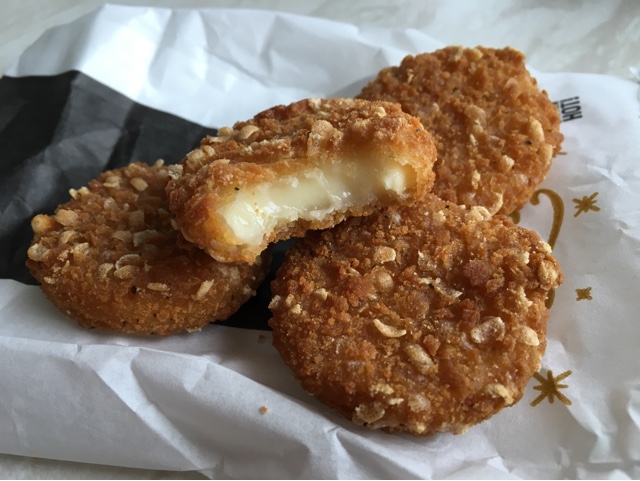 Four breaded cheese dippers, made with camembert and served with a Festive Tomato dip.

Moving onto the modestly priced, £1.59 Dippers which felt mighty toasty in the bag! Cooked to a golden perfect, the decently sized circles were crisp and crunchy on the outside with a contrasting, satisfyingly soft interior of just set Camembert - Nothing runny or sloppy here! Similarly to above, the potency of cheese wasn't too strong but instead creamy and went well with the Tomato dip.. Even if it was a tad on the sweet and borderline, artificial side. It's a 4 out of 5! 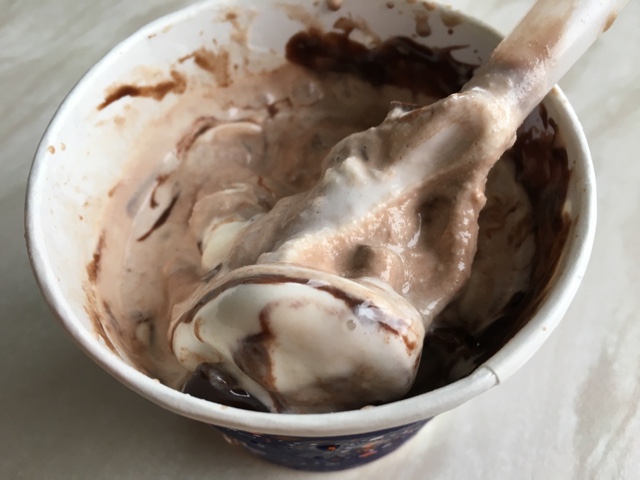 So I can't say this one looked anything like the promo picture.. Granted, I did have to get it home but even when it was passed through the drive-thru window, it didn't look much more attractive. It's a good job that it's all in the taste as this one was a beaut! An abundance of chocolate orange pieces were distributed throughout the signature soft and sweet McDonald's ice cream which combined with the splodge of runny sauce, made for a chocolate orange lovers dream! My only real qualm was that the difference in quality between the aforementioned and Terry's nibs was only to apparent.. But overall, didn't ruin things - Another 4 out of 5 from me and £1.39 well spent! 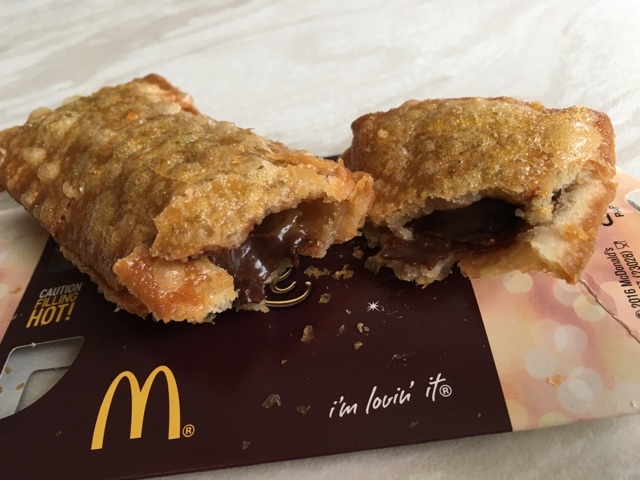 A hot crispy pie filled with a thick Banoffee and Chocolatey sauce.

Last up and the one I expect many Folk are excited for.. The Chocolatey Banoffee Pie, priced at £1.19. I like to think I saved this little fella from a sad Christmas fate - It was due to be disposed of at 12.33pm and I gave it a home in my belly at 12.15pm! For something so close to the mark, I have to say it was pretty darn good! The pie was hot, plenty crisp with the usual almost, greasy fritter feel. A generous strip of both Banoffee filling and ooey-gooey chocolate ran up the inside, packing a bit of a flavour sensation - Nothing but sweet banana paired with not exactly the highest quality but plausible cocoa tones. Almost Banoffee as I tasted no actual toffee but still yummy - A final 4 out of 5.

Well, well, well, McDonald's you merry old bunch of mistletoe - This little lot is a complete winner and there is absolutely nothing here to let down anyone looking for a festive fix. I highly recommend you get yourself down to your local chain, order everything and embrace your rotund, Christmas pudding, post Fast Food state.. I won't be far behind! 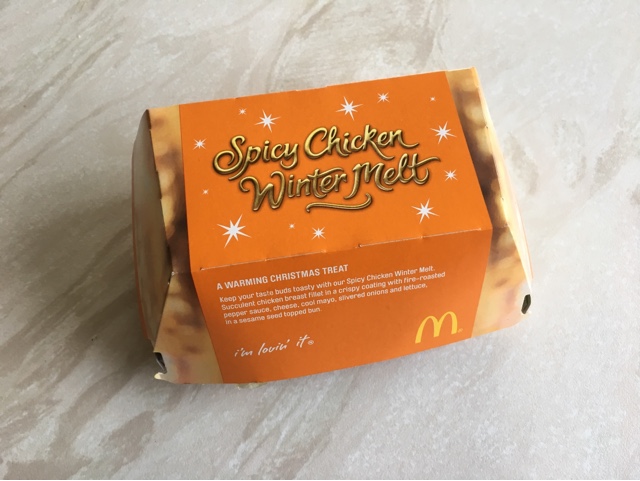 Aaaaaand then MSW and the Spicy Chicken Winter Melt happened - A return from last year but a new one for us. 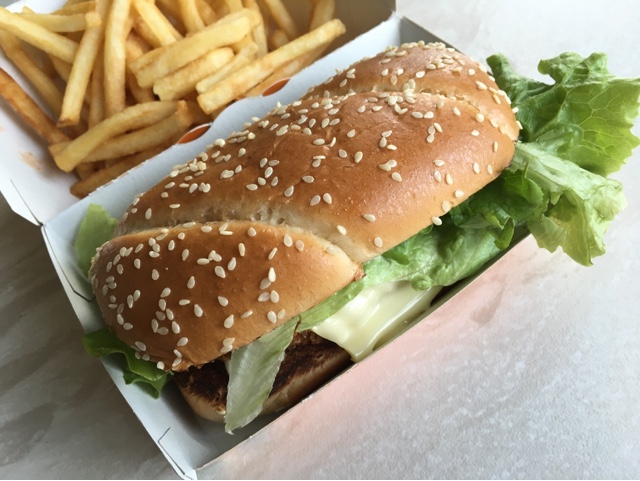 Good god. Seriously, who is manning the lettuce station at my McDonald's and why the heck are they so heavy handed? I realise the likes of these Burgers aren't exactly healthy but I hardly think forcing that amount of leaf upon us is going to counteract the "bad".. Someone have a word. 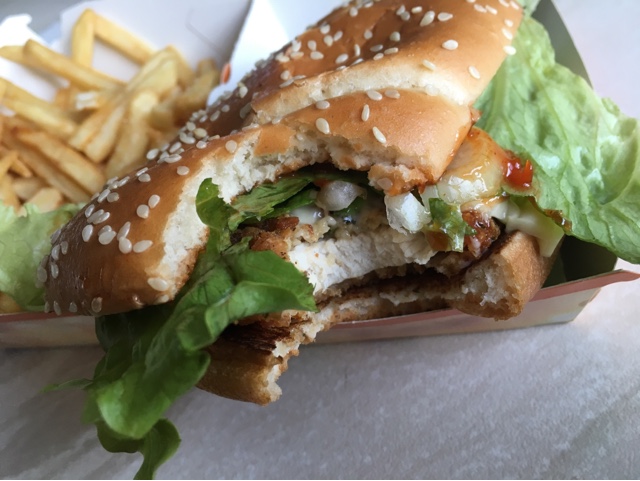 MSW did well in not losing the whole lot when taking a big bite - As you can see, it was really quite loaded! The bun was up to par with that of the Festive Cheese Feast in being just as bouncy, fresh and containing a generously sized piece of chicken. As succulent as suggested with a satisfying crisp coating, the fillet was second to none and tasted delicious with the warmth from the pepper sauce and abundance of raw onion. The cheese once again added some creamy and mellow tones with the squirt of mayo cooling things even further. Seasonally spicy - A 4 out of 5!